This meme is an interesting response to one that’s been going around for several weeks: 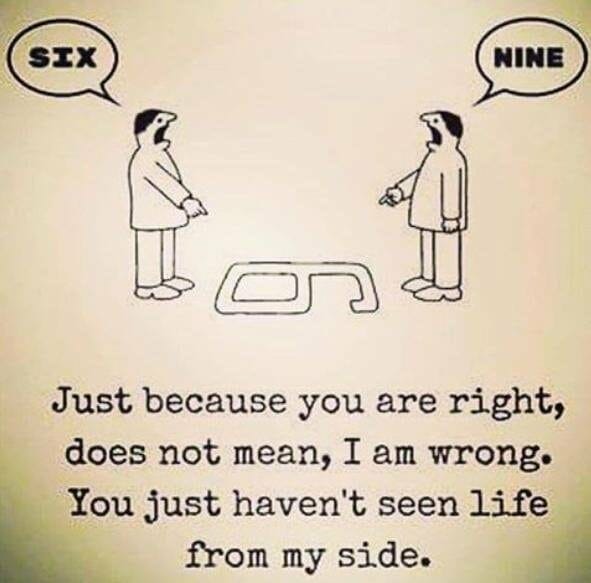 The original shows two men looking at a digit from different ends: one sees a six, the other a nine. The caption tries to get us to see that there are two points of view that just might be equally valid: “Just because you are right, does not mean, I am wrong. You just haven’t seen life from my side.”

The retort says; “But one of those people is wrong, someone painted a six or a nine, they need to back up and orient themselves, see if there are any other numbers to align with. Maybe there’s a driveaway [sic] or a building to face, or they can ask someone who actually knows.

“People having an uniformed [sic] opinion about something they don’t understand and proclaiming their opinion as being equally valid as facts is what is ruining the world. No one wants to do any research, they just want to be right.”

Or, in other words, both of these meme creators think their point is valid! Which one is right? Well, that’s the thought-provoking point about Randy’s Random!

But I will say this: in addition to the red text having horrible typos, the original has a grindingly bad one of its own: that comma after “mean” is definitely wrong!