Ever notice that those who call themselves “supremacists” are almost always the most stupid, the most uneducated, the least able to think people in the country? Which is to say, the most inferior example of a citizen of a free country? You know, the sort of obliviot who doesn’t even see the irony of screaming “You lost, get over it already!” …while waving a Confederate battle flag!

These are people who can’t stand to compete on a level playing field with people they figure are inferior: they demand to be recognized as “superior” rather than allow others to enjoy the same “unalienable Rights” which were “endowed by their Creator.” The people who, as Thomas Jefferson put it in the Declaration of Independence, “are created equal.” 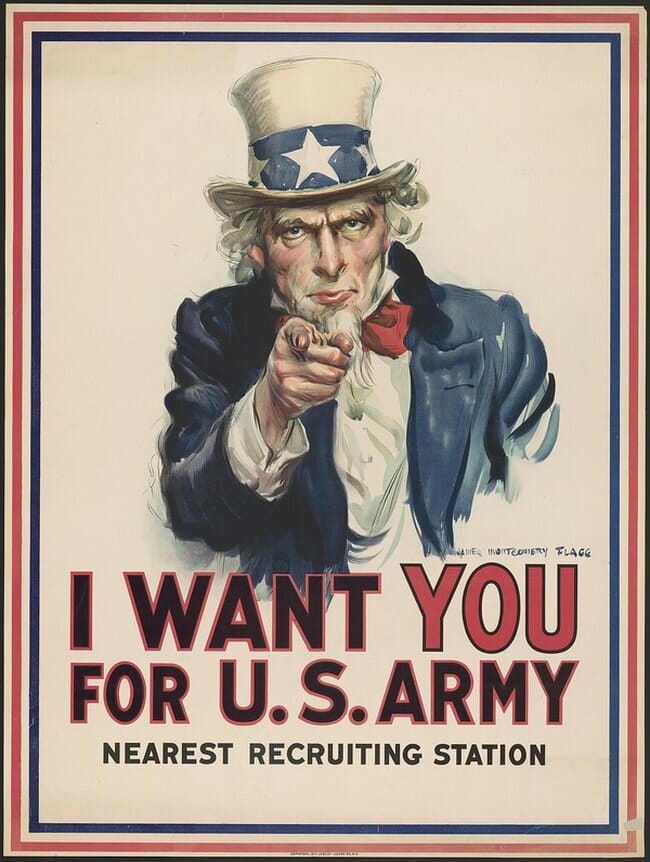 The meme image, by the way, is a takeoff of a 1944 U.S. Army poster by illustrator James Montgomery Flagg (1877-1960), best known for his World War I “Uncle Sam” poster, which set the standard for what Uncle Sam looks like. His Uncle Sam pointing at the viewer was first published in 1916 as the cover of Frank Leslie’s Illustrated Weekly Newspaper.

Note: I found the meme online, and don’t know who created the takeoff. But I hope you agree it needs to be shared with a very wide audience.