Tuxedo cats are awesome — mine helps me work. But even I have to admit: they’re not this smart! 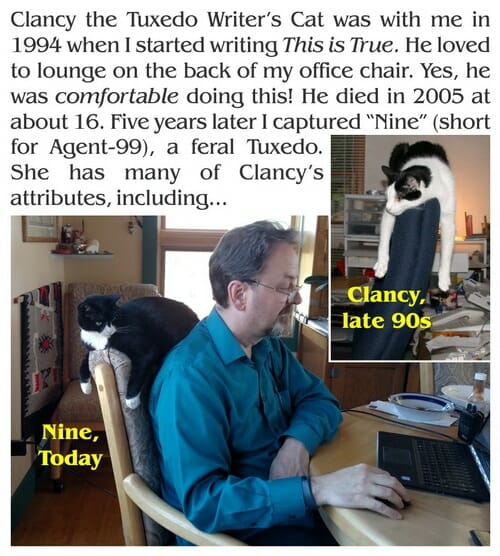 Clancy the Tuxedo Writer’s Cat was with me in 1994 when I started writing This is True. He loved to lounge on the back of my office chair. Yes, he was comfortable doing this! He died in 2005 at about 16. Five years later I captured “Nine” (short for Agent-99), a feral Tuxedo. She has many of Clancy’s attributes, including….